SAPRIN published its first consolidated longitudinal population dataset in April this year (link). Since then we have conducted several training sessions using this data and we have also received feedback from users of the dataset. This is the first in a series blogs we will do to describe the process of preparing the second dataset release early next year.

In this installment I want to explain how we go about the basic task of accurately and comprehensively representing a record of everyone who is under surveillance over time. In order to do this, we first must explain who are eligible to be included in the surveillance:

In addition to these periods of internal and external residence punctuated by in- and outmigration, surveillance episodes can be started by the birth of an individual, if the child is born to a resident mother, their birth starts a period of internal residency for the child; if the child is born to a mother who is a temporary migrant (externally resident) and the child is considered to be a member of the household, a period of external residency ensues for the child. Residency episodes (whether internal or external) are of course terminated by the death of the individual, if that happens whilst the individual is under surveillance.

All SAPRIN nodes conducted a baseline household census at their beginning and all individuals enrolled at this point start their surveillance episode with enumeration. However, nodes may extend their area of surveillance at certain points after the initial household census, by doing another baseline census in these new areas, and all individuals enrolled then, also start their surveillance episodes with enumeration (See Note 2).

Each surveillance episode contains the identifier of the household the individual is a member of during that episode. Under relatively rare circumstances it is possible for an individual to change household membership whilst still resident at the same location, or to change membership whilst externally resident, in these cases the surveillance episode will be split with a pair of membership end and membership start events. More commonly membership start and end events coincide with location exit and entry events or in- and out-migration events. Memberships also obviously start at birth or enumeration and end at death, refusal to participate or lost to follow-up.

In about half of the cases, individuals have a single episode from first enumeration, birth or in-migration, to their eventual death, out-migration or currently still under surveillance. In the remaining cases, individuals transition from internal residency to external residency via out-migration, or from one location to another via internal migration with a location exit and entry event, or some other rarer form of transition involving membership change, refusal or lost to follow-up. Usually these series of surveillance episodes are continuous in time, with no gaps between episodes, but gaps can form, e.g. when an individual out-migrates and end membership with the household and so is no longer under surveillance, only to return via in-migration at some future date and take up membership with same or different household. Figure 1 shows an example of how these surveillance episodes transition between episodes of external and internal residence. 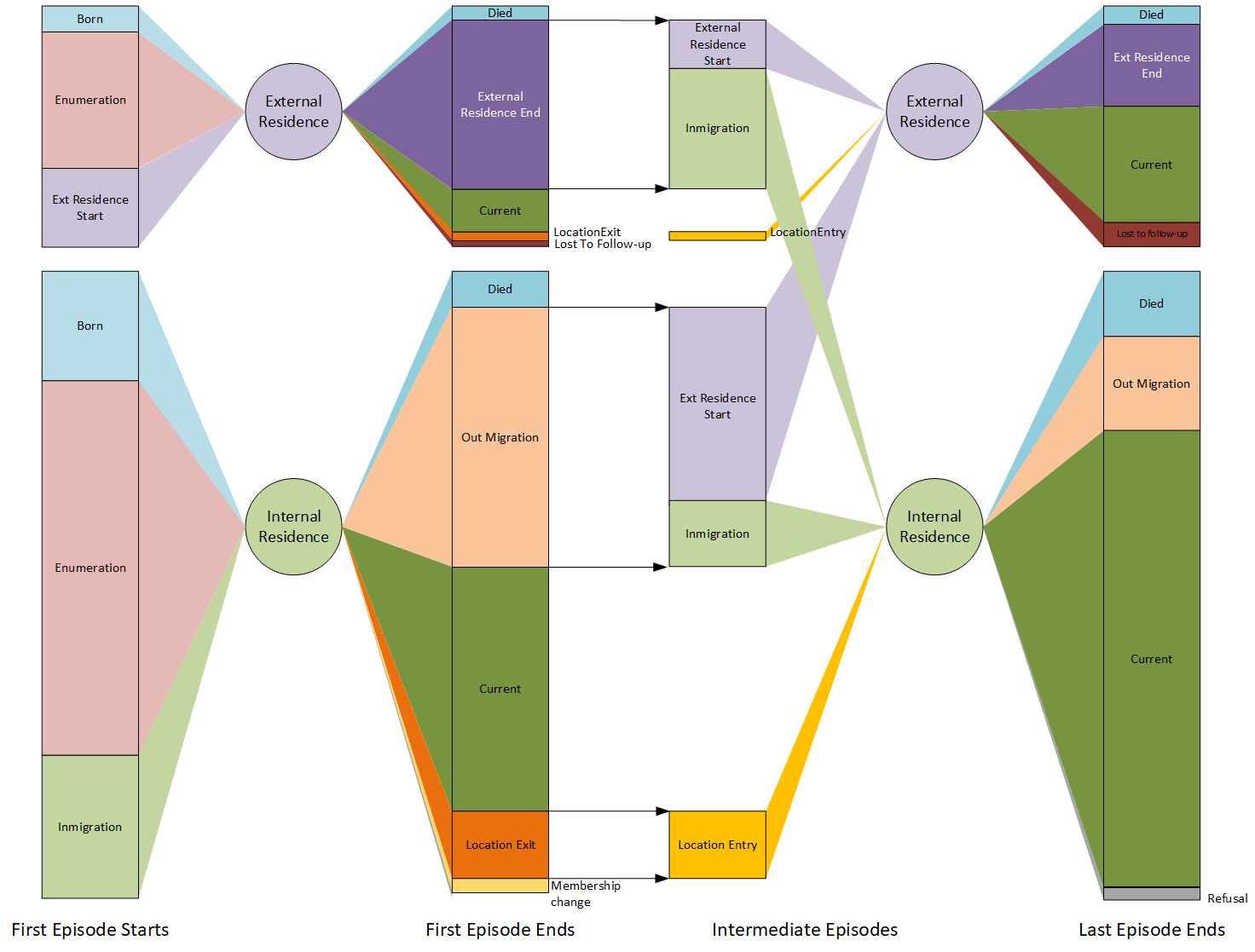 Subsequent blogs will go into details of how to use this data for statistical analysis. 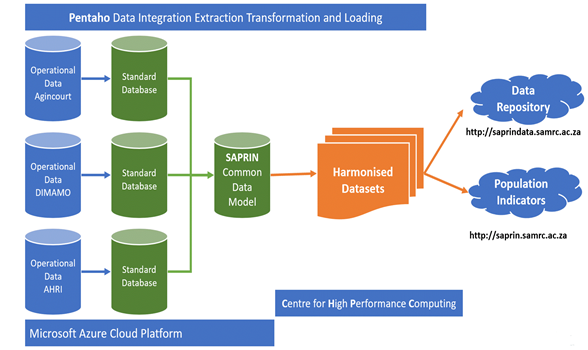 The first blog dealt with longitudinal population surveillance data and explained how we accurately and comprehensively represent a record of everyone who is under surveillance over time. In this blog we explain how we process the data to produce the consolidated longitudinal population dataset. The preparation of the dataset happens in two broad phases. During a Data Managers’ Workshop held in 2018 (comprising the three nodes that currently make up SAPRIN), an agreement was reached that each SAPRIN node must populate the standard SAPRIN database structure with data from their operational longitudinal database.

The SAPRIN Harmonised Research Operations SystemHealth and demographic surveillance systems (HDSS) help researchers understand how factors around health, social and economic wellbeing affect people and the societies that they live in.These HDSS systems are an important part of advanced population registration systems and are used to determine if services are meeting the needs of the population. The value of these longitudinal population data system increases as data accumulates over time, on people’s experience of health and socio-economic wellbeing or lack of it. SAPRIN consists of several HDSS Nodes, across provinces, in rural, peri-urban and urban settings. The difference between these nodes independently making the best research platform they can manage and a harmonised network of nodes producing data in parallel is enormous. Harmonisation enables pooling of data from the different nodes for larger scale analysis of population trends and their consequences. Comparison of findings …